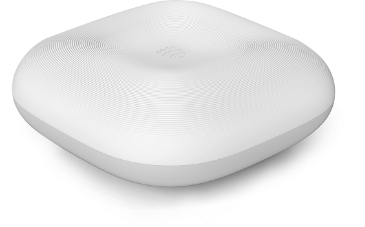 Wireless is now the new network. Government organizations now use smart devices and numerous wireless technologies to communicate, including LTE, 5G, broad-spectrum IoT, CBRS as well as satellite communications — making them even more vulnerable to cyber-attacks.

IoT has created the world’s largest attack surface and the sheer volume of IoT enablement into the government environment has created new risks that organizations need to address. Government agencies need to protect against the invisible RF espionage threat of unsecured, misconfigured Shadow IoT as well as unknown Zero-day IoT attacks. Only through the use of LOCH’s Wireless Machine Vision Platform can you detect, assess and prevent data exploitation across the full spectrum of wireless frequencies in use.

Risk Management and Compliance including PCI, HIPAA, and NIST

AirShield, built on the next generation Wireless Machine Vision platform, provides broad-spectrum IoT wireless, CBRS and cellular security visibility across all types of government environments to stave off liability from malicious malware and other IoT attacks like spy cameras and rogue cell towers. Here’s how we help deliver intrinsic value with AirShield: 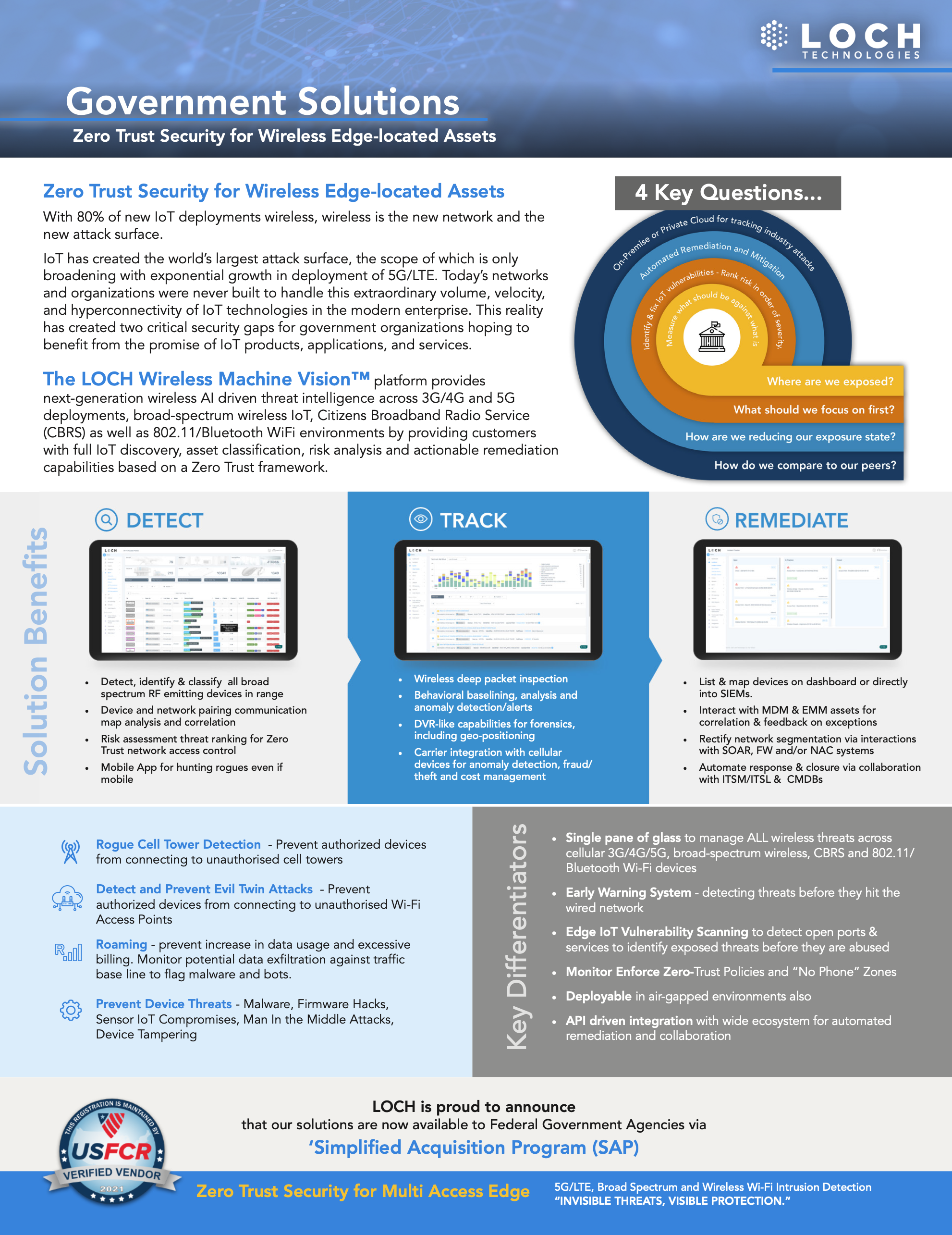 What Our Clients Say

“LOCH detected building operations technology introduced by our Facilities team—unsecure Wi-Fi and IoT-enabled devices—wireless printers, surveillance cameras and Smart TVs—technology the Facilities team was unaware was enabled. We are confident that LOCH will continue to alert us of any security concerns going forward that our employees or visitors may introduce or bring into our office.”

IoT has created the world’s largest attack surface. The sheer volume of IoT adoption into the Federal Government has put the business operations at risk due to unsecured, misconfigured and Shadow IoT devices. Only through the use of LOCH’s Wireless Machine Vision platform can organizations detect, assess and prevent risk.

With 80% of IoT now wireless, wireless is now the new access layer and new attack surface. Yet most organizations still rely on wired-centric approaches to detect and assess risk. Wireless Machine Vision can help organizations understand and better prepare for this new threat landscape.